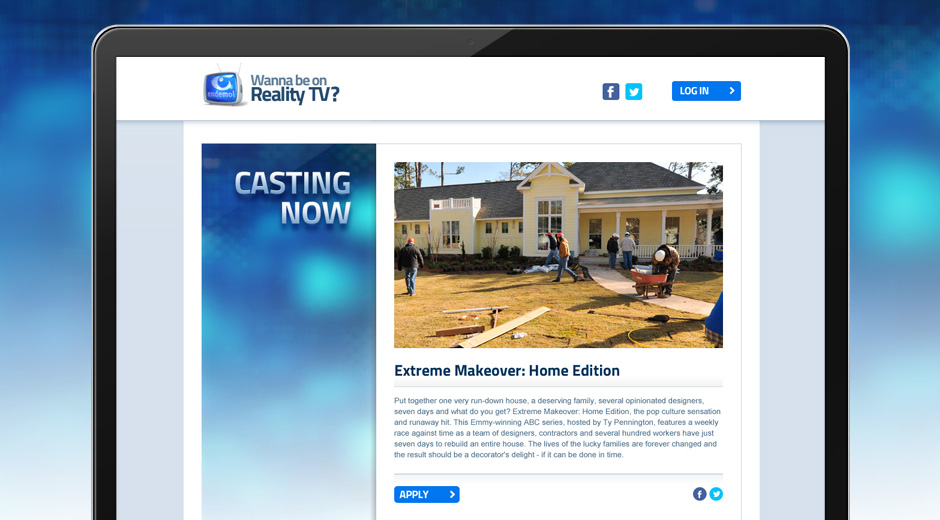 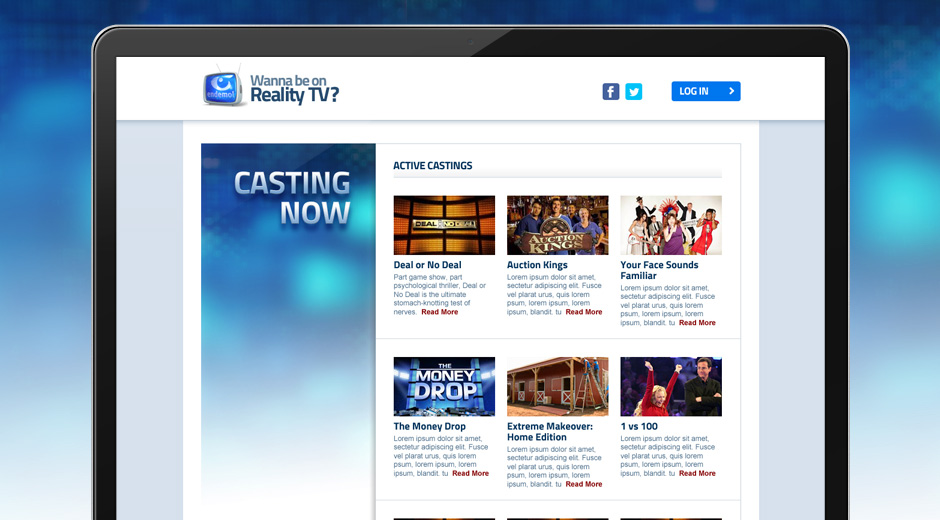 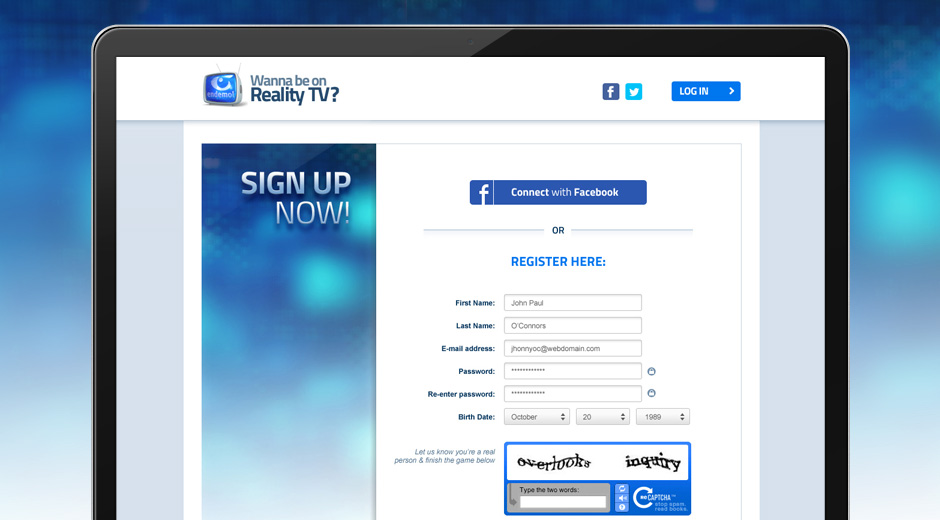 Endemol USA is a leading producer of unscripted programming for network and cable television. The studio produces the hit series Big Brother (CBS), Wipeout (ABC), and the syndicated daytime show Steve Harvey (NBC). They are also known for some of the most popular non-scripted primetime programming in North America, including Extreme Makeover: Home Edition (ABC), Deal or No Deal (NBC), and Fear Factor (NBC), amongst others. Endemol USA is a division of the Endemol Group, a leading international content developer, producer, and distributor of television and online programming. The company, headquartered in the Netherlands, has over 80 subsidiaries and joint ventures in 31 countries, including major European cities, the U.S., Australia, Argentina, Brazil, Mexico, and South Africa.

The Endemol casting team wanted to create a new casting website that will help them to fulfill three goals. The first was to increase the number of people who signed up to appear on their shows. The second was to make this overall signup process easier for applicants and also easier for their team to manage the backend of this information. Lastly, the website would be an additional marketing and management tool for Endemol’s casting team to attract new personalities for the creation of potential new shows.

Truelogic divided the project into two main aspects, the public customer website and the backend tracking tool. The customer website allows users (potential personalities) to learn more about Endemol’s brand and shows and register for castings by creating a user account and providing pertinent information about themselves, including photos and videos. The backend tracking tool allows Endemol’s casting team to identify new/fresh personalities and track their communications with and thoughts about each registered personality.

Let’s build something great together